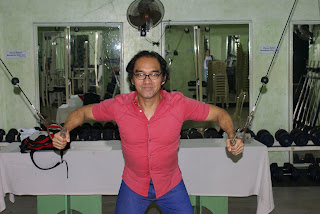 A happy, prosperous New Year to you all!

2010 is now ending, and so is the month of December. Each one of us has his/her wish list for the coming year, as well as farewell notes for 2010. If there is any ground where we can all meet, it is the ground of Hope: hopeful that things will be better for us personally, family-wise, collectively for the coming year.

If there is any wish I have for you fellow global citizens, it is to know the Filipinos’ optimism for 2011. I am very much aware about the rough economic storms going on in the North, and the fiery hostilities in war-torn countries. Naturally, the peoples of the North and the war-torn countries will demonstrate perceptions of pessimism.

As a matter of fact, the peoples of Europe and the USA have shown a lower than 50% result in optimism surveys on a yearly basis. Even if their economies are doing well, there seems to be a subterfuge nihilism in the West in particular, as shown be the general pessimism of their peoples for the coming year.

There is surely a big challenge on the leaders of the West + Japan to keep on shoring up the optimism index of their peoples. Nothing is wrong with exuding optimism amid crises, so in case that the tide can be reversed yet, let us all be hopeful for 2011.

Another mood that we all perhaps must exhibit for 2011, arising from an exuberant optimism, is a state of happiness. “Don’t worry, be happy” says the old cliché from a song in the 80s.

In such a light, there is no mistake that we must learn from the peoples of countries who have exhibited high marks in the Happiness Index. This year’s happiness index is topped by Denmark, Switzerland, and contiguous countries, so let’s all look at how their peoples are able to exude happiness in a continent that has been burning economically.

Without further ado, we global citizens are urged to feel the contagion of that happiness. No matter what crisis we face as individuals and as groups, we should all find the courage to smile, laugh, and be merry.

For your inspirational pieces, let me dedicate to you the works of the late Dr. Jose Rizal, patriarch and national hero of the Philippines. Of indomitable courage, will, and genius, Dr. Rizal showed calmness and sobriety even when the most powerful of maelstroms struck him down via martyrdom in the hands of the Spanish Empire’s forces.

Rizal gave so much hope not only to Filipinos but also to other peoples who struggled to be freed from the yokes of their colonial oppressors. Up until these days patriots of developing countries read his works, while wealthy countries have built monuments for him. He is a man for all seasons, as well as a ‘guru of nationhood’.

That said, don’t forget to set your goals in clear and concise statements. Identify around three (3) core goals, scribble each one separately in a page of your 2011 diary or appointment book, and let them guide your actions for the entire year.

Happy happy New Year, am so proud of you Kabayan and Prof!

Prof Argonza, pls include me with your prayers. I wish for prosperity and career success. Thank you, and good luck always to you..--A regular reader of Argonza blogs

More power to you Prof. Argonza for 2011! I will always be around to read your blog writes, and to recommend them to pals.

Sir Erle, will pray for your continuing success and spread of your great messages. Happy New Year!

Happy New Year to you. I have really been enjoying your posts. This is a very exciting time to be on planet earth. Best wishes for this next year. Star