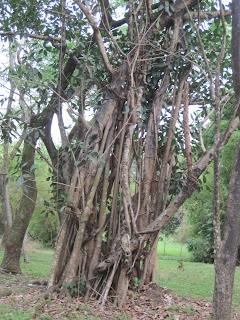 Here’s one very brightening news from Brazil which our policy makers and health stakeholders better look into. It reverses the conventional expectations that biodiversity could be a sufficient breeding ground for malaria-bearing mosquitoes.

A broadly-based research on the subject was done by experts from Brazil recently. The focus area was on the Atlantic side of the forest region there. To the surprise of the researchers, biodiversity was found out to effectively curb the existence of malaria bearing mosquitoes.

The study, as per my assessment, is only a preliminary one. There’s more to unearth about the curbing powers of biodiversity in regard to malaria, and there’s more than meet the eye in the forthcoming results.

Health experts and stakeholders from other regions better grab this opportunity opening up, and catch up in the cross-border researches on the subject. Conservationists should collaborate in no small measure with the health stakeholders, as a policy outcome of the studies would yield more stringent result jettisoning more biodiversity intervention efforts in the short run.

Browse the report as shown below.

María Elena Hurtado
[SANTIAGO] Preserving the biodiversity of tropical forests could have the added benefit of cutting the spread of malaria, according to a new study.

The finding contradicts the traditional view that clearing native forest for agriculture curbs malaria transmission in the Amazon rainforest.

"Our study suggests, in contrast, that conservation of biodiversity can be reconciled with malaria control," Gabriel Zorello, an epidemiologist at Brazil's University of Sao Paulo and lead researcher of the study, tells SciDev.Net.

Their study area was a large, sparsely-populated forested mountain range within the Atlantic Forest of southeastern Brazil. Warm-blooded animals live there, including medium-to-large birds such as toucans and quails, and mammals such as howler monkeys and squirrels.

No malaria cases have been reported on the mountain range in the past 30 years, but the primary malaria mosquito in the Atlantic Forest, Anopheles cruzii, lives nearby and could introduce the Plasmodium vivax parasite — associated with an estimated 80–300 million cases of malaria worldwide.

The researchers plugged real data from the area into a mathematical model of their own design to explore what would happen to malaria rates when the numbers of warm-blooded animals and non-malarial mosquitoes grew.

They found that the circulation of P. vivax is curbed when mosquitoes and animals are more abundant — suggesting that the mosquitoes compete with each other, and that the animals act as dead-end reservoirs of the malaria parasite.

"These aspects of biodiversity that can hinder malaria transmission are services provided by the forest ecosystem," says Zorello.

The conclusion supports arguments against human occupation of protected natural areas and for including biodiversity issues in malaria eradication campaigns, the researchers write.

Marta Moreno-Leirana, currently a researcher at the Iquitos Satellite Laboratory in Peru, tells SciDev.Net that it is essential to achieve a balance between preserving and modifying biodiversity.
She adds that the research brings to light crucial elements that can affect malaria transmission, such as the behaviour of malaria vectors, but many more studies are needed to understand its complexity.

But Olivier Briet, a researcher at the University of Basel's Public Health Institute in Switzerland, disagrees with the suggestion that malaria eradication programmes should take biodiversity into consideration.

He says that the researchers used an equation in their study that might have artificially increased the rates of malaria transmission, which challenges their conclusions. At best, he says, biodiversity might help reduce malaria at the fringes of malaria's range, and at an added expense of higher numbers of "nuisance mosquitoes".