SCIENCE IN VENEZUELA UNDER CHAVEZ

SCIENCE IN VENEZUELA UNDER CHAVEZ

Did science sleep or did it get boosted further under the late President Chavez of Venezuela? The subject has become an issue for debates in Venezuela during the time of the election aimed at finding a replacement for the deceased Bolivarian patriot.

Now that the elections are over, with poll results showing a clear victory for the Bolivarian protégé of Chavez,  the polarization involving the scientific community may hopefully be settled a bit, as researchers should be getting down to brass tacks to produce more study findings for the developing country.

Broadly, interest in science had multiplied by several folds since Chavez began his presidency. There were only around 1500 scientists in Venezuela before the Chavez era, a number that zoomed to 10,250 during the incumbency of the pro-grassroots strong man.

For a country that has seen science as an exclusive domain of the academe, the Chavez science domain proved to be innovative in that science moved away from that exclusionary academic pursuit that preceded his time. This, to my mind, is a welcome development, that science should serve the broad interest and needs of the people in that it is able to generate technologies enabling better work procedures and productivity.

The issue at hand is shown in the report below.

After Chávez: the mixed legacy of revolutionary science

Andrea Small Carmona
There's one area in which all Venezuelan scientists agree: that the 14 years of Hugo Chávez's presidency changed the way that science was done in the Latin American nation. It is whether this change was for better or for worse that they disagree on.

As Venezuela heads to presidential elections on Sunday (14 April), following Chavez's death last month, its scientists are examining the legacy of his 'revolution' — politicising the sector and minimising the power of universities, which he perceived as serving the bourgeoisie, while boosting researcher numbers and funding.

Quantity over quality?
A significant increase in the number of scientists is often held up as one of the most important accomplishments of the Chávez era.

In February this year José Luis Berroterán, vice minister for work and science, announced that the country had reached a new milestone: there were now more than 10,250 researchers working in Venezuela. Before Chávez was elected in 1998, there were around 1,500.

"Chávez's policies attracted much more will to work in local science," says Palmira Guevara, a biology professor at the Central University of Venezuela.

The figure does not include the around 6,000 citizen scientists or "science followers — people that may have never had the chance to formally study at the university, but whose ideas are very valuable", she adds.

"That would make a total of nearly 16,000 people working in science now," she tells SciDev.Net. "We're proud to be breaking the paradigm of science coming exclusively from academia."

But Claudio Bifano, current president of the Academy of Physical, Mathematical and Natural Sciences of Venezuela, is not impressed.

He says that in 2009, the government replaced the two-decade-old system for evaluating scientists with one in which scientists were judged not only for their experience and studies, but also for their political views.

"For many of us the credentials of these new researchers are a very well kept secret and that's bad," he tells SciDev.Net.

"Experienced researchers have to fight fiercely for government funding while others might benefit only because of their pro-government political position. We don't consider it to be a transparent system," Bifano says.

Chávez's policies attracted local scientists and now there are over 16,000 working in Venezuela
A battle with universities

Other widely hailed successes of Chavez's policies were the creation of a dedicated science ministry in 1999, and 2005 legislation, known as the Organic Law on Science, Technology and Innovation (LOCTI), which regulates the national science goals and private sector financial contributions to research.

Jaime Requena, a local researcher who for the past ten years has been compiling a history of Venezuelan science, tells SciDev.Net that both moves were significant.

"[The law] worked incredibly well for some years. It forced private companies to choose research projects in universities and institutes and finance them directly, mostly suiting their own needs," Requena says.

Chávez often accused universities of educating only the children of the bourgeoisie, and therefore not aligning with the goals of his socialist revolution. Instead, he preferred 'socialist science', which benefits ordinary people.

Since 2006, the government has granted public universities the same amount of money every year, without adjusting for high inflation rates and devaluations of the national currency, adding to tensions with universities.

"I predict that this war will inevitably kill research within five years, if it continues. [The government's] criteria for assigning resources is, overall, political and not scientific," says Requena.

But another camp of researchers praise what they perceive to have been a hike in funding in recent years. Miguel Alfonzo, an immunologist at the Central University of Venezuela, says the "official statistics show that there has never been a bigger investment in science and technology as during Chávez's rule".

He says investment has grown from 0.4 to 2.7 per cent of gross domestic product (around US$1.3 billion a year. "We don't understand how anybody can complain about it," he says.

But Requena says that nobody seems to know where this extra science funding is ending up — the funding freeze for universities means they have budget deficits, and outdated laboratories and equipment.

Critics also say that despite the government passing a requirement for scientists to publish in national journals, those same journals have not been funded for the past three years.

Alfonzo says funding for the journals has been suspended because the money was diverted into a new centralised digital publications system, which appears to have been delayed.

Not about the money?

When it comes to shortfalls, scientists critical of Chávez also cite the patent system as an example of bad administration.

"There hasn't been a single approved patent in Venezuela since 2002, although at least 50 requests have been filed," Ismardo Bonalde, head of the technology centre at the Venezuelan Institute for Scientific Research (IVIC), told SciDev.Net last year.

One of two satellites will help Venezuela deliver telemedicine services, however the satellites were not constructed locally
According to Bonalde, one of the main reasons for this is a lack of updated legislation: the current law on patents was approved by congress in 1956.

The past 14 years of government have also resulted in scientists leaving the country, apparently in search of better working conditions. Between January and May 2010, 173 professors quit Simón Bolívar University, and four hundred researchers left the Central University of Venezuela between 2009 and 2012. They did so because of poor salaries and benefits, says Bifano.

"There was a strong generation of scientists, from which we come. But we're getting old now, close to retirement and it's a problem not to have fresh motivated people to replace us," he says.
Bifano says that full-time researchers with a PhD and 12 years experience would earn around US$1,140 a month in Venezuela.

"In Colombia, our closest neighbours, a scientist with the same profile earns roughly US$4,500 a month. Add to this our social conditions: 30 per cent yearly inflation and high crime rates. Who would want to stay here?"

Guevara agrees that the salaries are low, but says they are justified: "The life of a full-time professor in Venezuela is completely flexible — that has to be considered part of the benefits we receive. The conditions might not be ideal, but we're working on it. I dare say there's no country in the world right now that offers better chances of personal and professional development to young people as Venezuela."

She adds that the aim of the revolution is to work for the people, not make money. She cites the two satellites Venezuela now has in orbit as such achievements, which will help deliver telemedicine services to communities.

But Requena counters that purchasing foreign technology is not the same as developing local science: "There was no Venezuelan research in the construction of the satellites. It was all done by China, from head to toe, with our money. It's the equivalent of buying a personal computer. It's yours, sure, but it doesn't mean you made it yourself."

Did Chávez improve science? There is no consensus, and his government allowed politicisation of a sector that some, such as Bifano, think must remain independent.

As the elections near, scientists have started looking to the future, and both main candidates have identified science as an areas to improve if they win.

Henrique Capriles Radonski, the opposition candidate, has offered to "build a modern science, technology and innovation system that will develop research, productivity and knowledge transfer".

Meanwhile, Nicolás Maduro, appointed by Chávez as his political successor, has proposed to create a national network of technological parks to develop science, technology and innovation.

For Guevara, the situation is clear: "Our bet is for Nicolás Maduro to continue Chávez's legacy in science and technology. We think people will recognise that socialism is the best way to do things."

Whoever wins, the debate on the best way forward for Venezuelan science seems to be here to stay. 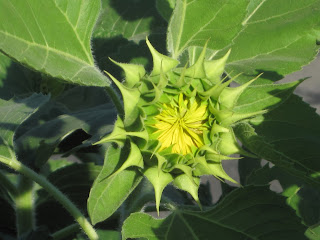 Posted by Erle Frayne Argonza y Delago at 1:41 AM