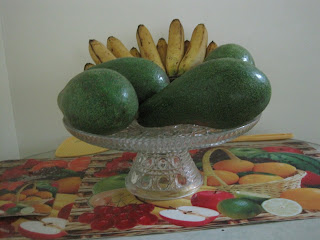 Winds of change are blowing hard on the granite edifices of autocratic regimes in pan-Arabia. As this is happening, financier speculators cashed in on the conflict by playing it up in the petrol spot market, thus raising oil prices to scorching heat levels. More areas of the global economy are under attack by the financier speculators, food & beverage among them.

As gas price in Manila has been rising by the week, so have the prices of food been going up. We are today on a bounty season for fruits here at the tropics—near the equator—yet such commodities’ prices are also moving up abnormally like they were in a situation of scarcity. Grains, vegetables, meat, cooking oil, and other related prime commodities have been accompanying the spurious OPH (oil price hike).

Little do common folks realize the handiwork of greedy speculators in the present inflationary patterns in food on a worldwide range. But that’s the fact, and many times before was it proved beyond doubt that greedy speculators, fronted by dirty operators, have always been busying their hands in reaping mega-profits on food commodities during times of crises.

Fact is, even when there is no crisis—such as crisis in the supply line—the speculators create the situation of crisis by hoarding millions of tons of specific commodities, e.g. rice. The instantaneous effect is the sign given off to traders in the commodities markets to play it up on the trading engagements, and elevating the emotive facet of the matter to the level of panic and near-hysteria.

Remember that time three (3) years back or so when rice suddenly began to disappear in the retail end of the market in the Philippines. There was a bounty season at that juncture, which came as a shock to me upon knowing from insiders (ground-level traders) that gargantuan hoards of rice were hidden inside many warehouses. President Arroyo then announced to the world that the PH will buy rice from overseas no matter how much the price is.

Of course, the commodities traders (speculative investors) heard the signal well. And voila! Rice prices across continents skyrocketed almost overnight! I even went on to forecast that it the near future, a cartel of sorts will be organized by certain countries to protect themselves versus the attackers. To make my hair rise on ends, hardly a day passed when I published my blog article about the forecast, certain Southeast Asian countries announced the formation precisely of such a rice cartel.

As the conflict situation in pan-Arabia boils up for some time, mark it down that the same coterie of financier speculators will keep on pursuing speculative attacks on certain prime commodities. Let’s not be surprised at all if the major staples—wheat, rice, sorghum, barley, oat, potatoes, yam—will experience inflationary upsets on the retail end over the next forty-five (45) days or so.

I have to prepare myself psychologically for the hyper-criminal speculative attacks this time. During the global rice crisis mentioned, I experienced sudden hypertension attack, as my cardiac condition quickly reacted to the rapidity of the crisis up to the pronouncement of rice cartel formation, rendering my forecasts a 100% mark hit.

So you fellow global citizens better watch out for the unfolding events, so as to prepare yourselves psychologically and financially too.

So those dirty speculators are at it again, attacking food. They're doing it to every state here in the states, so they could do it around the world.

They pump up oil speculatively, now they attack food, I wonder whether they won't attack money next time.

We're bracing for more economic storms here up North and now there's the storm added by the Arab fiasco.

I guess this decade will be a decade of storms most specially in the West. Now the Arabs are an addition, we get every sorts of speculative attacks here now.