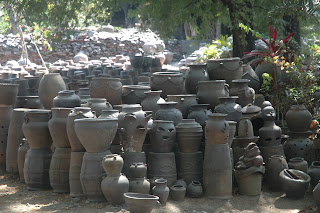 
Madness masquerades as rational-legal in today’s postmodern context. The fiasco over the collective bargaining issue in Wisconsin, a state in the USA, is strong evidence of the erasure of the boundary between madness and rationality.

Industrial relations modalities of the moment have already graduated to a higher ground since the early days of management science. During those ancient days—of the likes of Taylor, Fayol, Weber—it was still customary to debate over how management should treat labor. Times have changed since then.

Collective bargaining as a sacrosanct ‘best practice’ has attained granite-rock acceptance as a social technology. It is the bedrock of industrial relations or IR. Needless to say, it had ceased to be an issue whether to accept that collective bargaining has full import in inducing productivity, efficacy, and efficiency in the work sphere.

As a social technology expert and analyst, it surely comes as a shock to me that collective bargaining has been put on the drawing board of decisional chips in a state of the USA, and debated whether it should even exist in that state at all. As far as the Philippines is concerned, where industrial peace has prevailed for two (2) decades now, collective bargaining is a sacrosanct tool, even as it is underpinned by human development paradigm championed by global institutions such as the ILO.

Even when Martial Law prevailed in the Philippines—under dictator Marcos—trilateral talk between state, market (business), and trade unions (civil society) was already at the height of institutionalization. It was followed through by best practices of labor-management dialogue in the micro-setting that led eventually to the industrial peace we are now experiencing here.

The same best practices were highly lauded by the International Labor Organization or ILO, and were adopted as some of the core practices recommended by the same magnanimous body to its member countries. Those same practices were hatched in the University of the Philippines’ School of Labor Industrial Relations or SOLAIR, an institution that had championed the generation of social technologies for the work environment.

The move by Jurassic politicians in Wisconsin, who maneuvered to junk collective bargaining supposedly to prime the state’s coffers and enable the payment of $3 Billions of debts, betrays a lack of understanding of the human condition and IR best practices. That the work force of Wisconsin has to serve as sacrificial lamb to be able to pay debts shows the degenerative madness that has permeated the mental banks of the politicians there.

I can only state one word to describe the Wisconsin condition: appalling! The protesting professionals and workers there were right when they said that the world is watching the Wisconsin fiasco, and yes indeed we are watching. There is no way we can allow a domino effect of that political madness to other democracies, and I do hope my own fellow Filipinos in America will make a strong voice in protest over such a madness by conscienceless policians.

Such madness is indicative of the Fascism that had encroached in almost all known sectors of the United States, a mindset that almost justified a martial law by the former president Bush. To use democratic institutions (e.g. legislation) in order to stifle workers’ rights is plain fascistic behavior, and should be exposed and junked pronto before the fascistic precedent spreads to other countries.

The hardliner politicians in Wisconsin better go back to their kindergarten lessons and get some crash courses in industrial relations, if it isn’t too late a thing to do this corrective measure. They should also be reminded of the lessons of America’s history, whereby the Civil War erupted precisely because of polarization over how to treat human resources there: whether to enslave or to free the colored peoples of the south.

We're not gonna go Wisconsin way in my country, no way!

Those Republicans are closet Nazis, they must be opposed now by all means.

My goodness! In front of humanity the Wisconsin fascists are flaunting their madness. that must be opposed by us global citizens.