INTERNATIONAL COMMUNITY MUST INTERVENE IN LIBYA 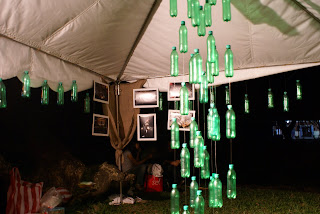 World opinion has been moving closer to approving a full intervention to oust Libya’s mad leader Kadhafy. As to what forms of intervention will be adopted, global leaders are still in the dark as of the moment.

I am not wont to see foreign intervention myself in the internal affairs of any country. This is a matter of respecting the principle of sovereignty, mutual respect, and cooperation among nations.

The Libyan case is different however. Arab citizens who were sick and tired of the authoritarian Kadhafy regime voiced their collective decision to oust Kadhafy via peaceful means, in the same way that Egyptians and Tunisians did before them. But Kadhafy chose to gun down and bomb to smithereens the peaceful protestors, and that constitutes the heinous crime of genocide.

Libya’s own anti-Kadhafy forces are allergic to direct intervention from outside, but given the situation that Kadhahy had stocks of billions of money to wage an enduring war of attrition, the cash-starved anti-Kadhafians better rethink their position. The mass slaughter in Rwanda finally ended precisely when a contingent of external forces sweepingly invaded Rwanda and deposed the mad leadership there, and the Rwandan precedent is there for the Oust Kadhafy rebels to study and follow.

True, economic progress did see the light of day during Kadhafy’s permanent incumbency. An infrastructure boom has been taking place prior to the protests. Just by looking at those glimpses of Libya provided by international news reporters, one is given the chance to witness the urbanization and good planning done in the rising cities there.

But Libya’s path to progress was done at the expense of civil liberties. The country is awash with gory narratives of how Kadhafy’s detractors were jailed, tortured, and brutally killed in prison camps. When Kadhafy is gone, investigators ought to conduct diggings of possible mass graves and show the world the deaths that took place as social price of Kadhafy’s version of economic progress.

Libya’s economy benefited almost exclusively from oil revenues, and whenever vast quantities of oil are concerned there also are the Anglo-European financiers working behind the scene to cash in on the Libyan oil. Even now, the same financiers have been manipulating the petrol spot market for colossal profits from out of oil price hikes, thanks to their front man Moammar Kadhafy.

We just hope that when Kadhafy will be ousted, the link between his Libyan oil billions and the Western financiers will be exposed to the hilt. I will be lauding the major media outfits if they will take on the cudgels of exposing the threads of greed as mentioned above, which I doubt will happen. So far, only the fringe groups have been doing the daring investigations if ever, such as the Executive Intelligence Review circle.

Meantime, the world community is talking about the Libyan conflict, and configuring courses of action to intervene in that ‘regime change’ phenomenon. What should be clear from the onset is that the Libyans themselves are the heroes of the Oust Kadhafy movement, even as the burden of reconstructing a badly damaged post-Kadhafy nation will fall in their shoulders.

I'd go for that too. And will argue strongly for it.

Prof Erle pls count me in, will go that thought way too.

Affirmative count me in, friends & Prof Argonza I'm with you.

I'm in. too much inhumane treatment must be demolished.

Copy approved a UN mandated contingent must be voted for and act.